Monkey downs rum in bar and chases patrons with knife 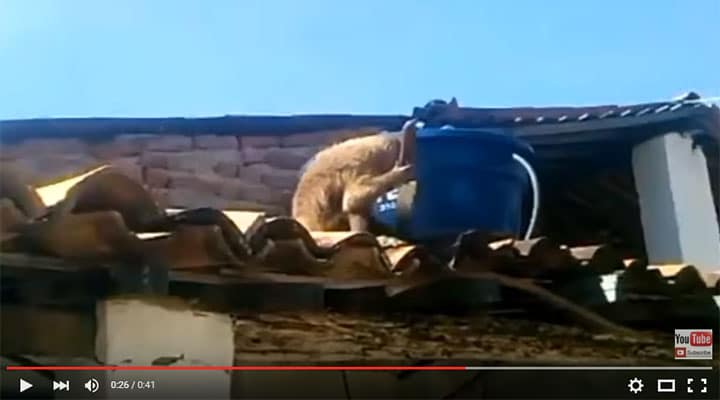 Firefighters were called to deal with a monkey who stole rum from a bar then got hold of a knife from the kitchen and chased patrons.

Filmed on February 5th, this pissed up primate reportedly downed a glass of rum he grabbed from the bar before picking up a nearby kitchen knife.

Authorities from Patos, Brazil said the monkey then began chasing men around the bar with the knife.

A video emerged last week of the monkey sitting on the bar roof, still clenching the knife and scratching at the roof.

The monkey was eventually captured and released back into the wild, however that wasn’t the end of the story. Authorities were called a second time to capture the monkey and take him further into the forest after he was being aggressive towards residents of homes near the woods. Poor guy probably just needed a stop by the hangover clinic.

The decision is now being made as to whether to release the monkey again, or put him in permanent captivity. He’s not a nice drunk.

brazil monkey drunk, drunk monkey, money drunk rum, monkey with knife
Read More
News
Strange superstitions from around the world
10 months ago
0 464
Other news
What three things should new investors understand about the stock market
1 year ago
0 753
Other news
How to mask your presence on the internet
1 year ago
0 795
Play at online casinos
Mr Green casino review