Woman has 50lbs of weed posted through her door by accident

It might be Christmas come early for some, but a woman in New Jersey was distressed as 50lbs of weed rained through her door.

The unnamed woman called New Jersey Police Department after several packages were slowly pushed through her mailbox with an unfamiliar name on them.

Allegedly, the woman had contacted police before attempting to open any of the packages – rather than checking to see if they had anything nice in, then panicking when she realised she’d accidentally received an organised crime syndicate’s weekly drug drop.

Hazlet Township Police Department took a rather tongue-in-cheek approach and posted to their Facebook asking the person that was expecting the parcels, to come forward and claim them. 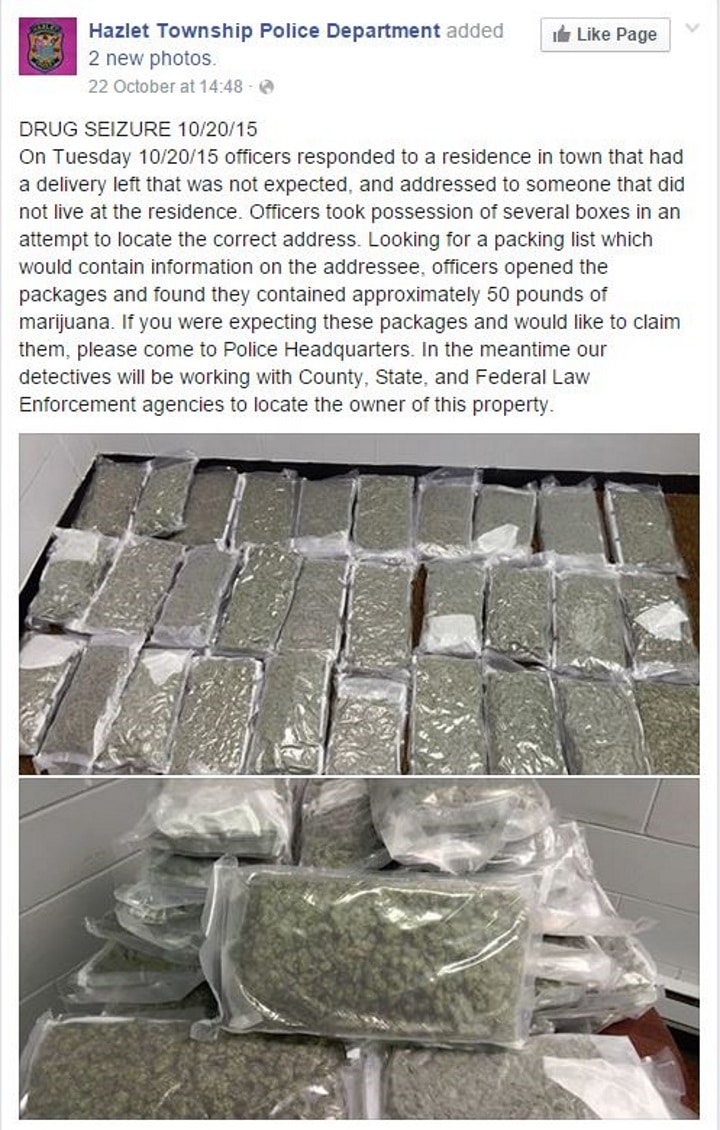 So far, nobody has come forward to claim the wayward packages.

50lbs, drugs through letterbox, drugs through mailbox, Hazlet Township Police Department, marijuana, New Jersey Police Department, weed
Read More
News
Strange superstitions from around the world
10 months ago
0 464
Other news
What three things should new investors understand about the stock market
1 year ago
0 753
Other news
How to mask your presence on the internet
1 year ago
0 795
Play at online casinos
Mr Green casino review