Snowboarder didn’t notice she was being chased by bear [Video] 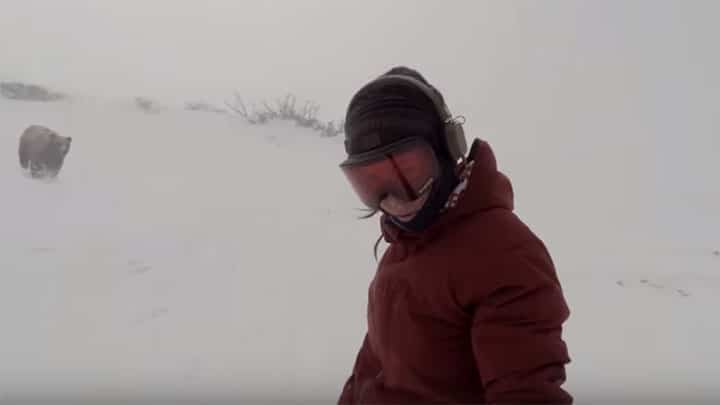 Filming herself snowboarding in Japan with a selfie-stick, this snowboarder had no idea she was being stalked and chased by a bear.

While we’ve seen selfies that end is disaster, you would like to think that you’d be pretty safe hurtling down a mountain on a snowboard. It turns out not so much. Snowboarder Kelly Murphy who was tackling Hakuba 47in Japan only realised what had happened after she reviewed the footage.

At the start of the video, you can see a large Asian bear stalking her in the background and then begin to chase her as she starts her descent down the mountain before realising it can’t catch her and gives up.

Kelly said, “I nearly got eaten!!! I didn’t realise at the time but people need to be careful. I’m here with my girlfriends but they were doing lessons and I went off by myself. I’ve been snowboarding since I was a kid so I felt safe. I didn’t realise until I looked at the video today! I was freaking out when I saw it and showed my friends who told me to put it on youtube.”

Some viewers are calling out the video as a fake, pointing out it was unlikely a brown bear, as seen in the video would be on the mainland where the video was shot.

Still, it’s good to know how to show a brown bear who’s boss.

Hakuba 47, japan, kelly murphy, snowboarder, snowboarder chased by bear, snowboarding japan
Read More
News
Strange superstitions from around the world
10 months ago
0 464
Other news
What three things should new investors understand about the stock market
1 year ago
0 753
Other news
How to mask your presence on the internet
1 year ago
0 795
Play at online casinos
Mr Green casino review