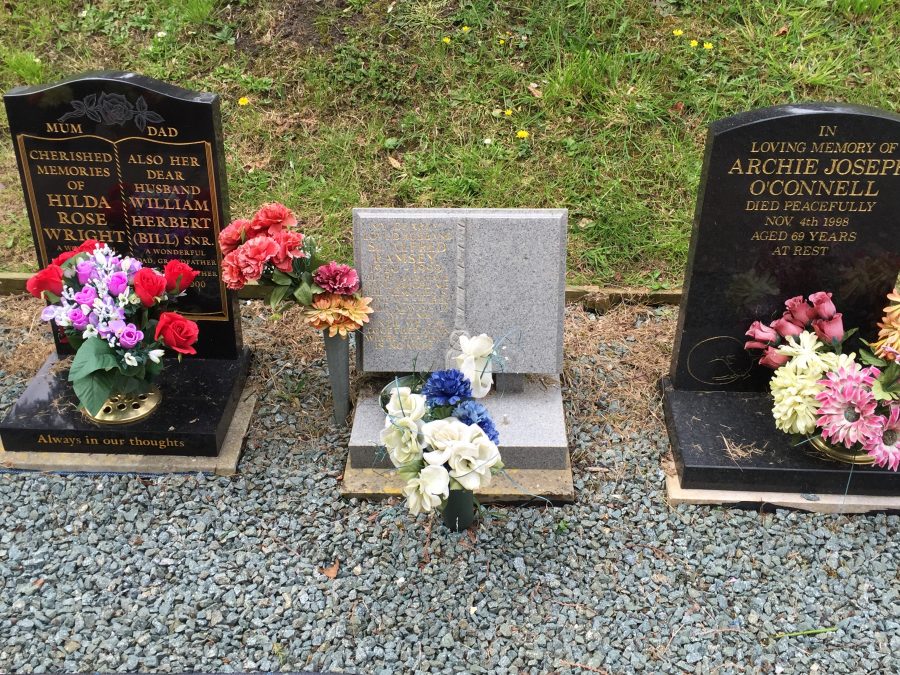 In a quiet corner of the cemetery sits an unassuming gravestone. Smaller than all of those around it, and with its words fading to the eye, it is so unremarkable you would never give it a second glance.

Yet this is the last resting place of one of England’s greatest ever sporting heroes, a man whose achievements have never been repeated and, some might argue, never will.

Sir Alf Ramsey led England to their one and only football World Cup victory in 1966, a momentous feat that will be celebrated far and wide this summer, the 50th anniversary of that famous 4-2 victory over West Germany at Wembley.

And as Leicester City lifted the Premier League title against all the odds, prompting endless platitudes of it being the greatest club football story ever, it’s easy to forget that Sir Alf achieved something even better: He remains the only manager to lead a team to the top division title at their first attempt.

He had taken Ipswich Town from the old Third Division (South), then on to the Second Division title, and then incredibly the old First Division (now Premier League) at the first time of asking in 1962.

You might think, then, that this great man, who died in Ipswich in 1999, having never moved away, would have some large or imposing memorial, a place that football supporters would hold dear and adorn with tokens of their affection for a man who did so much for the English game.

But Sir Alf was a quiet and private man. He hated a fuss and, having never really forgiven the Football Association for sacking him in 1974, refused to join anniversary celebrations of his brilliant World Cup success.

It’s fitting, then, that his grey, slate grave is so bland. Sitting in the cremation plot area of the Old Cemetery in Ipswich, it marks the spot where Sir Alf’s ashes were buried. You can only just make out the gold wording if you move in close. From his widow, Lady Victoria, it says:

“My dearly loved husband Sir Alfred Ramsey 1920-1999. Altho you have gone before me the memories and love we shared will always be with me. Until we are together again where parting is no more.” 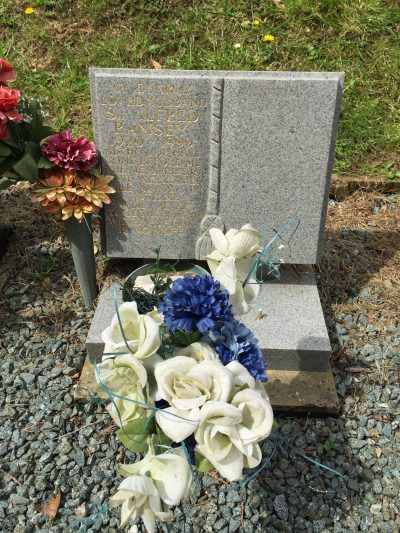 There is no fanfare about this grave. Others around it have photographs of the deceased on the stone, some with illustrations of their career or passion. There is a spitfire pilot nearby, a farmer, and a fisherman. Yards away a memorial to a middle-aged man, clearly a lover of Arsenal FC as the club badge is etched into the stone. His grave has vibrant red and white flowers, the Gunners’ colours.

On Sir Alf’s grave is a small bunch of fading fake blue and white flowers, the colours of Ipswich Town, left by an Ipswich-supporting family who visits a family grave nearby each week. There is also an old plastic pot with a large, flat stone placed inside it, but nothing else. No little statues, and no wind chimes or bells that adorn other plots nearby, creating a haphazard but hypnotic melody in the breeze.

It’s almost as though Sir Alf’s family wanted it this way, most likely acting upon his own wishes. 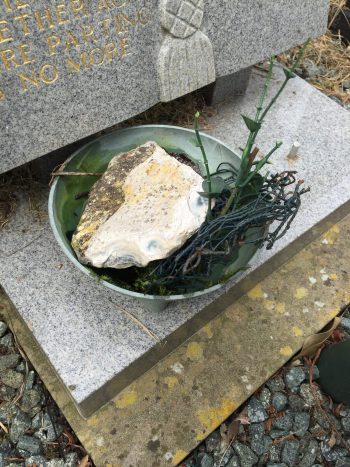 Sir Alf was born and raised in Dagenham, at that time a quiet Essex village, and showed early sporting promise, going on to play right back for Southampton and Tottenham after serving with the army in World War Two. He was part of the England World Cup squad in 1950 before retiring to manage Ipswich in 1955. His incredible record of taking them to the old First Division title at their first attempt is still the greatest English club success story ever. England came calling and the rest is history.

Sir Alf never got over the manner of his sacking, and steadfastly refused to take part in any future media programmes about the World Cup. He remained in Ipswich, living in a modest three-bedroom home until his death from a heart attack, aged 79, 17 years ago.

Shamefully, the FA did very little to remember him by. But at least Ipswich Town FC has embraced their former manager’s legacy. One of the stands at Portman Road, the club’s stadium, is called the Sir Alf Ramsey Stand. There is a statue of the great man outside the ground, and even one of the roads locally is called Sir Alf Ramsey Way.

Ipswich Town has always done things the right way, and it is remarkable that another of their famous managers, Sir Bobby Robson, also led the club to success (FA Cup and UEFA Cup triumphs) – and also went on to manage England. Another stand is named after him.

It was Sir Bobby who came closer than anyone to repeating Sir Alf’s World Cup success, taking his England team to the semi-finals in 1990, when Paul Gascoigne cried on the pitch and many grown men did the same at home.

This summer, 50 years after Sir Alf’s extraordinary win, there will be endless stories and footage of that wonderful occasion. All the usual suspects will be interviewed over and over again – such as the Charlton brothers, Martin Peters and Sir Geoff Hurst.

As that circus plays out, there will be a quiet spot in Ipswich cemetery that no one will pay any attention to at all.

Arsenal, European Championships, Football Association, Ipswich cemetery, Ipswich Town, Sir Alf Ramsey, World cup
Read More
News
Strange superstitions from around the world
9 months ago
0 457
Other news
What three things should new investors understand about the stock market
1 year ago
0 744
Other news
How to mask your presence on the internet
1 year ago
0 787
Play at online casinos
Mr Green casino review