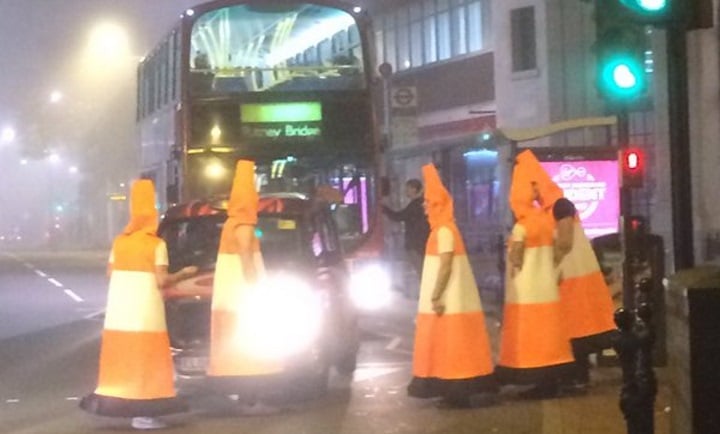 Kingston Police had one of their more interesting call outs on Halloween, responding to human traffic cones blocking off the road. 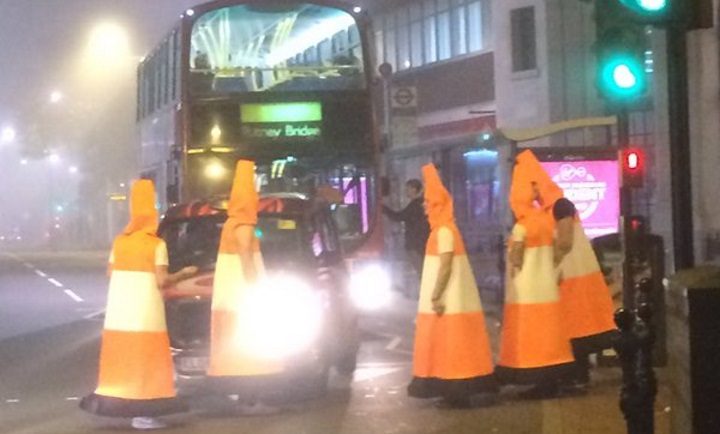 Kingston Police had a more interesting night than most this Halloween after a CCTV operator called them with the report: “MALES DRESS AS TRAFFIC CONES, BOCKING THE ROAD LIKE TRAFFIC CONES”.

No, there’s no typos there – that is the exact message the police received from an obviously overly-distressed, possibly intoxicated CCTV operator.

A very interesting #Halloween style call out for our emergency response team! pic.twitter.com/r89QmSIeRL

Fortunately for the rest of the world, someone was there to snap the fun and share it with us:

A witness told the Evening Standard, “They were just standing in front of the taxi and the bus not letting them get past and taking pictures of themselves,”

Kingston Police did admit they saw the funny side in the prank, they did however advise the men to move off the road. The road is no place for drunk adults.

human traffic cones, kingston police, traffic cones fancy dress
Read More
News
Strange superstitions from around the world
9 months ago
0 457
Other news
What three things should new investors understand about the stock market
1 year ago
0 744
Other news
How to mask your presence on the internet
1 year ago
0 786
Play at online casinos
Mr Green casino review