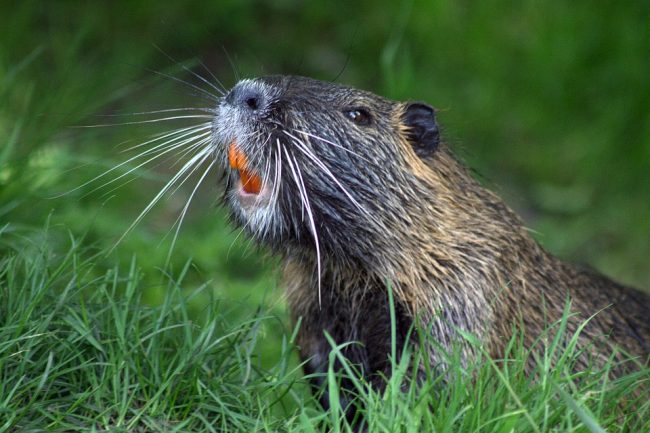 A man who was attacked by a giant beaver claims he could have been more seriously injured because the emergency services did not believe him.

He was wandering through the city streets in Latvia in the middle of the night when he saw the massive buck-toothed rodent emerging from the shadows.

It then apparently sprinted towards him and sunk its teeth into his leg, sending him crashing to the ground.

When the man, known only as Sergei, tried to get up, the angry beaver bit him again and fixed him with a “deadly stare”.

Deadly: giant deranged beaver on the loose in Latvia

Terrified of moving again, he used his mobile to call the emergency services, but they refused to believe a giant, menacing beaver was stalking the Daugavpils city streets – and hung up on him.

Resourceful Sergei then persuaded a mate that he was not drunk, and he needed to be rescued.

Sadly, his friend then got stopped by the police for speeding. When he told officers he was driving to rescue someone from a giant beaver, he was promptly breathalysed.

Inna Plavoka, editor at the Seychas newspaper, told local television that cops reluctantly then joined the rescue effort, and found poor Sergei stricken on the ground with a leg wound that required 15 stitches.

The beaver, described as being large and fearsome, was still hanging about and got a little cross with the police intervention. Scared for their own safety, the cops called for back-up from animal welfare officers, but the beaver ran off before they arrived – and is now on the loose on the city streets, presumably planning its next deadly attack.

Mihails Pupiņš, director of the Daugavpils Zoo, confirmed that at this time of year beavers can indeed be uber-aggressive and even sociopathic because the males are driven out of their lodges and have to find new homes.

It is believed that embarrassed Sergei is now recovering from his ordeal at home.

And in case you still thought beavers were cuddly and peaceful wood-gnawing creatures, take a look at this one attacking a bloke in Russia!

beaver, beaver attack, Daugavpils, giant beaver, Latvia
Read More
News
Strange superstitions from around the world
10 months ago
0 464
Other news
What three things should new investors understand about the stock market
1 year ago
0 753
Other news
How to mask your presence on the internet
1 year ago
0 795
Play at online casinos
Mr Green casino review