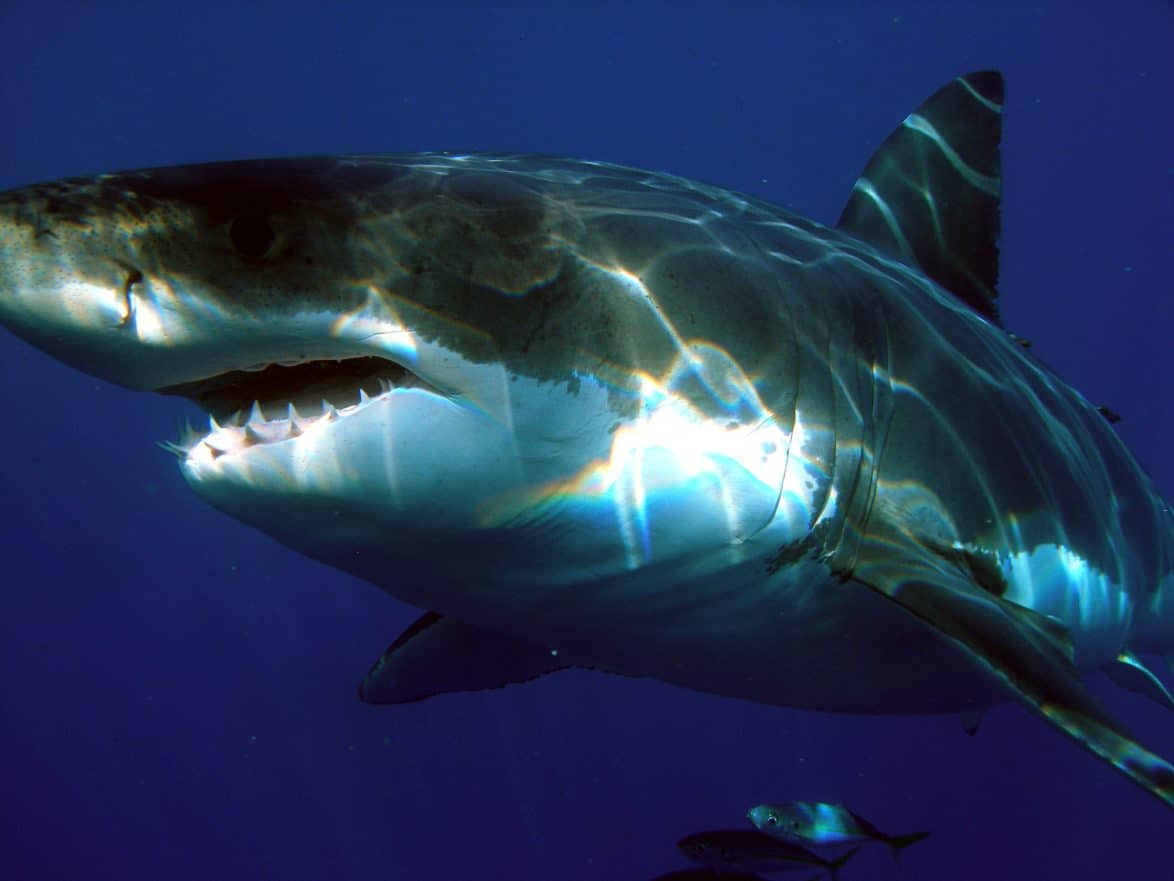 Adding to their reputation of being the most badass sharks in the sea, it turns out great white sharks are also closet metal heads.

A documentary crew working in Australia trying to capture film of a 16-foot great white shark locally known as ‘Joan of Shark’ had an odd suggestion from a local dive operator when he suggested playing heavy-metal music through an underwater speaker to attract the shark.

The crew, who were working on a documentary called Bride of Jaws as part of the Discovery Channel’s Shark Week were initially sceptical, but gave it a go anyway.

To their surprise, it worked. Although they didn’t find the specific shark they were after, two large great white sharks appears very soon to investigate the melodic tones of ‘Darkest Hour’, a heavy-metal band from Washington D.C.

If you’re not familiar with Darkest Hour, here’s what they sound like:

Dive centre operator, Matt Waller, who suggested the technique said he first tried it in 2011 after hearing stories of music altering shark behaviour in Isla Guadalupe.

Through some testing, Waller found he could repeatedly get sharks to come and investigate tracks such as AC/DC’s “Black in Black” and “You Shook Me All Night Long”.

Although he admits he’s no shark expert, Matt believes that the tones used in heavy-metal, the vocalists’ “death growls” and the intense drum beats and guitar riffs are creating low-frequency vibrations similar to those of injured fish – a top food source for hungry sharks.

Either that, or sharks are just metal as fuck.

australia, Bride of Jaws, Darkest Hour, great white sharks like metal music, Isla Gaudalupe, Matt Waller, scuba diving, sharks like music
Read More
News
Strange superstitions from around the world
9 months ago
0 457
Other news
What three things should new investors understand about the stock market
1 year ago
0 745
Other news
How to mask your presence on the internet
1 year ago
0 787
Play at online casinos
Mr Green casino review