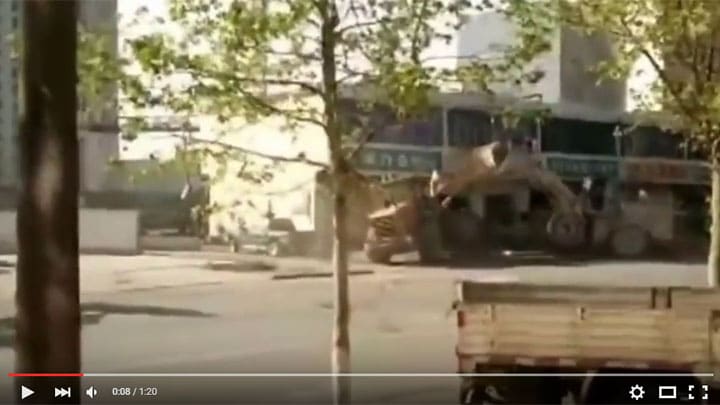 A disagreement between two Chinese construction companies resulted in a mechanised fight between two bulldozers and the whole lot was caught on film.

Thankfully, this sort of thing does not go on in the UK, where you can read about proper construction news on the Construction Anglia news site


It looks like a take on the final scene in the movie Aliens, but this wasn’t acting: these two Chinese construction firm were really going at it.

Although authorities are being tight-lipped with details of arrests and injuries, you can see on the video several bulldozers ramming each other and two being flipped over while locals in cars flee for safety.

Xu Feng, a government spokesperson from Xingtang county said that the bulldozers were from two rival construction firms that have a dispute over work on the site – likely due to a nose diving construction industry in china that’s down two-thirds in the last ten years.

Still, if hard times continue, China could always patent the idea and sell tickets, like a robot wars on steroids.

bulldozer duel, bulldozer fight, China, chinese, construction companie, Xingtang county, Xu Feng
Read More
News
Strange superstitions from around the world
10 months ago
0 464
Other news
What three things should new investors understand about the stock market
1 year ago
0 753
Other news
How to mask your presence on the internet
1 year ago
0 795
Play at online casinos
Mr Green casino review