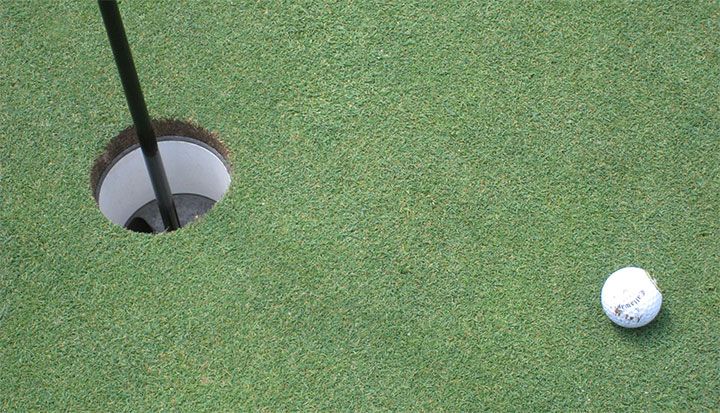 "Your turn to get the ball, Jacob"

For the last 10 years, Stavanger Golf Club in Norway has come under constant attack by a ‘phantom pooper’, leaving a mess “too big to be a woman”.

Since as far back as 2005 at the golf course in Hafrsfjord, Norway, groundskeeper Kenneth Tennfjord has been finding human feces, normally accompanied by toilet paper in holes around the course.

“He has a couple of favorite holes,” Tennfjord told the Rogaland Avis newspaper. “And we know it is a man because the poos are too massive to be from a woman. Our idea is that it could be someone who, for unknown reasons, hates the game of golf. Alternatively, the person may have a fetish or suffer from mental problems”

Steinar Floisvik, the managing director of the club describes how the phantom pooper appears to arrive by bicycle. “In the early morning dew we observed bicycle tracks on the course. Footsteps showed that he had done his business, and the bicycle tracks disappeared back the way they came,” he said.

In a valiant effort to stop the fecal assailant, the club invested in a high-powered, automatic spotlight system. You would think this would be enough, wouldn’t you? However, the determined do-do dropper foiled the system and continued his reign of turdy terror.

“He climbed up a tree next to the lights and wriggled far out on a branch and dismantled the spotlights. How he managed the feat without electrocuting himself or falling is a riddle,” said Frode Jormeland, another groundskeeper at the club.

The poopy perpetrator remains at large. Maybe Norway should begin golf betting on who the phantom is?