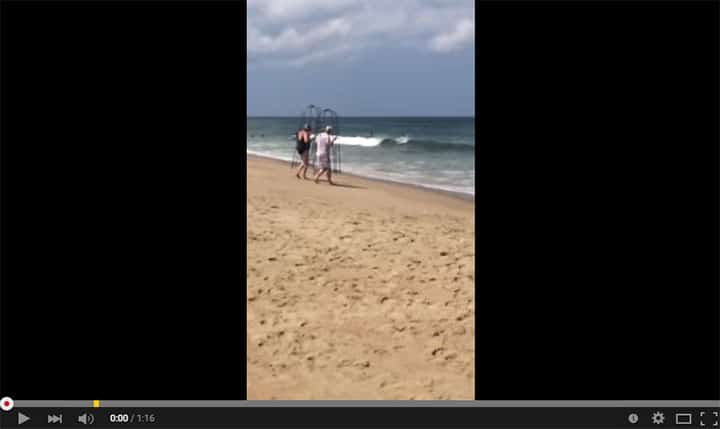 A North Carolina couple keen to avoid the 1 in 264.1 million chance of being killed by a shark attempted to enter the sea with home made shark cages, before being stopped by a life guard.

Despite the fact that being killed by a shark is an incredibly unlikely way to check out of this world, this couple didn’t want to take any chances at Outer Banks, North Carolina. Having constructed a “his and hers” personal shark cage, the pair slowly attempted to make their way into the sea to demonstrate their technological superiority to the lowly sharks of the area.

Fortunately for their sake, a watchful lifeguard called them back to the shore and no doubt explained the potential problems of walking into water with several kilos of metal around you, such as drowning. Drowning in your own stupidity.

home made shark cage, life guard, north carolina, outer banks
Read More
Other news
What three things should new investors understand about the stock market
1 year ago
0 753
Other news
How to mask your presence on the internet
1 year ago
0 795
Other news
Entertainment stocks in your stock portfolio
1 year ago
0 730
Play at online casinos
Mr Green casino review