Wikipedia’s word is normally taken as gospel – but someone tried to get the site to delete the page referencing Jesus, claiming there was no proof he ever existed.

The request had to be taken seriously, as per the online encyclopedia’s rules, and contributors duly debated and dismissed it – but only after some light-hearted discussion.

An archived record of the deletion request page, made back in 2005, shows one editor noting: “Lots of fictional characters have pages.”

Another adds: “23,700,000 Google hits (searches for Jesus), although some of them could refer to Mexicans.”

While one sums up: “Keep, for Christ’s sake.” 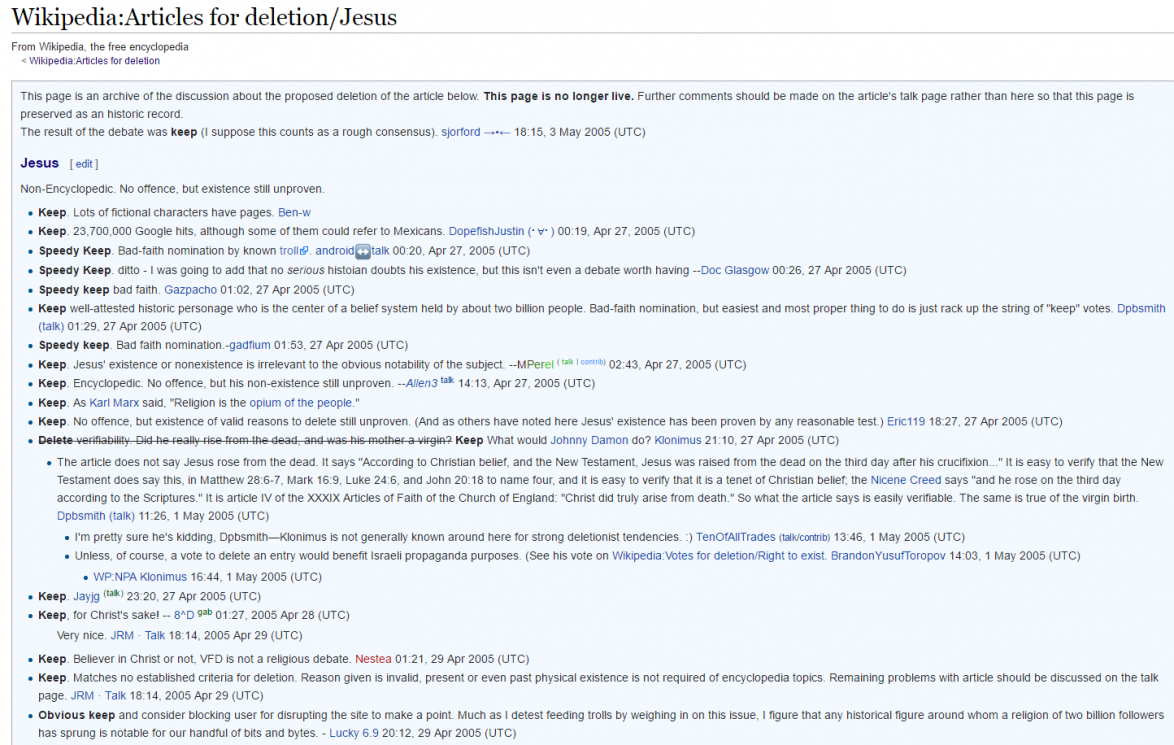 Jesus wept: someone acutally tried to get rid of Jesus from Wikipedia
It is not known who made the intial deletion request, but following Wikipedia policy there had to be a week-long discussion by contributors to the Jesus page, which is one of the longest and most detailed on the site, after which an administrator would act upon any majority decision.

Obviously, they decided Jesus was worth saving, and his page was resurrected.

jesus, religion, wikipedia
Read More
Other news
What three things should new investors understand about the stock market
1 year ago
0 745
Other news
How to mask your presence on the internet
1 year ago
0 787
Other news
Entertainment stocks in your stock portfolio
1 year ago
0 724
Play at online casinos
Mr Green casino review