Ancient Mayans prophesied road construction; lend assistance from the past. 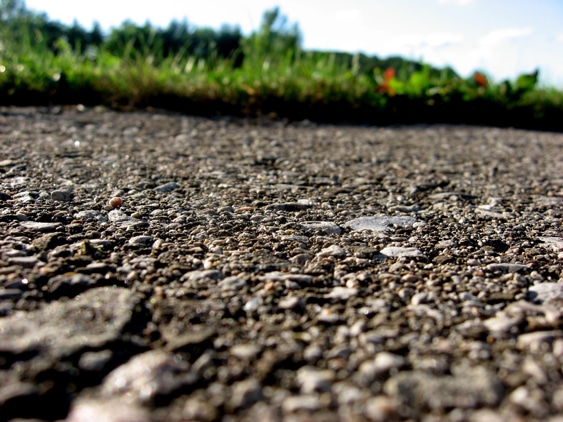 In 2013, construction workers building a new road in Northern Belize were stunned to find that the Ancient Mayan civilization had foretold their arrival, and provided a veritable treasure trove of raw materials to help the development along.

Too often the almighty dollar – which is in effect a fairly inexpensive piece of crinkly green paper (12.3 cents to make a $100 bill) – takes precedence over cultural artifacts that are of inestimable, irretrievable value and represent unique periods of our heritage that we would otherwise know nothing about.

Such would be the 2013 case of a construction company bulldozing a Mayan pyramid in Belize to use as road-fill for a new road development. The Nohmul complex in Northern Belize dates back at least 2,300 years, although we’ll probably never know exactly, as it’s buried under tarmac. The head of the Belize Institute of Archaeology described the destruction as “…like being punched in the stomach, it’s just so horrendous.”

Apart from building pyramids, the ancient Maya are also famous for writing what others have considered to be prophecies predicting the end of the world. We’re all still here so it seems that certain academics may have read a little too far into what the Mayans actually wrote, and it’s therefore equally improbable that we’ll find an inscription: “Must gather many rocks to Nohmul, for at the end of the world, a great river of stone will come.”

The Mayan people built their pyramids with basic tools and bare hands and yet with all our modern machinery, in order to keep costs down, developers couldn’t be bothered to quarry some new materials for the road. Instead they just looked at an archaeological treasure and thought “there’s a large pile of rock over here that nobody’s using, that’ll do nicely,” although a person from Belize not recognizing a pyramidal collection of stones as anything other than an ancient monument is a bit like British people thinking Stonehenge was a Neolithic Lego set.

A more lucrative solution, surely, would have been to have ferried in some extra raw materials, made a slight detour in the road, built a small café and gift shop and charged visitors an entry fee. It’s worked at other historical locations such as the great pyramids of Giza, for example (although they didn’t stop at just one gift shop)… and Stonehenge, come to think of it.

belize, demolished, mayan, nohmul, pyramid, road construction, ruins, stonehenge, temple
Read More
Other news
What three things should new investors understand about the stock market
1 year ago
0 752
Other news
How to mask your presence on the internet
1 year ago
0 794
Other news
Entertainment stocks in your stock portfolio
1 year ago
0 730
Play at online casinos
Mr Green casino review